It’s not often I am easily rattled – unless, of course, it’s something pertaining to one of my children. We had one of the scariest experiences of our life over this past couple weeks – May 9th, to be exact – and it was completely unexpected and totally terrifying. Here’s what happened.

END_OF_DOCUMENT_TOKEN_TO_BE_REPLACED

Our dreams came true. We are finally officially homeowners!

END_OF_DOCUMENT_TOKEN_TO_BE_REPLACED

Buying a house is a lot of work.

There is so much that goes into it all that you never knew about until you’re actually tossed into the process. There are lenders, realtors, and paperwork coming out of your ears. There’s appraisals and assessments. There’s highs and lows. There’s finding a house you are in love with, and being told you can’t have that one particular house because you can’t quite come to an agreement with the seller. There’s location, and extras that we want or don’t want. There’s just so much ‘stuff’ involved and we never really knew the full scope of it all until now.

There’s a lot of ups and downs.

We are still searching for the perfect home for our family. It’s been stressful, but also, fun. It’s given us a goal to work towards, something to be excited about. We have found a few we really like, and although we lost the first two houses we were in love with, life goes on. That just means those weren’t the houses for us. I believe God will lead us where he wants us to be. Since I’ve prayed about it, I’m sort of just going with the flow of things and he will bring us to ‘the one’ and help us know which decision is right for us!

Another really cool thing about this whole process is, it’s taught us to save money better than ever before. I don’t think we ever really did a good job of it until now. He and I make pretty incredible money together, and now we finally have budgeting and saving under control. We could do better, but we are doing pretty great and I’m proud of us!

I’m curious. How long did it take you to buy your first home after you started the initial process? How did you know that the house you bought was ‘the one’?

The weather here in South Florida is beautiful lately. I just love that time just before dusk, as the sky takes on a personality of its own. The shades strewn across the sky are vibrant, colorful, and perfected. It’s as if God himself took up a paintbrush and said, “Let there be color.”

On one such evening around dusk — as a matter of fact, it was two nights ago –I was driving home from getting my daughter a birthday present. I had the windows down, driving along slowly down the street, enjoying the beautiful 74 degrees outside. It was so peaceful and I wanted to stay locked in that moment for a little while.

I glanced up at the sky and made an observation. One half of the sky was bright, sunny, and vibrant, like it hadn’t a care in the world. The clouds were white and pillowy, and the sky itself was the deepest blue. On the other side of the sky, everything was gray as it usually is this time of year. Thunderstorms and rain storms abound throughout these months in South West Florida. Nothing major to see here. However; one single thing stood out to me. There was this one small, bright cloud contrasting against all of the scary gray and darkness. It just hung out there in the sky, as if it didn’t notice the trouble brewing just behind it. It wasn’t afraid of the storm. It just existed right there as it was, as it wanted to. Set apart. Brave. Content. Happy.

To me, it was the perfect example of the mother, wife, and person I want to be.

This world is filled with darkness, and hate, and unhappy people. It’s so easy to get caught up in negativity. It’s everywhere we turn.

If you turn on the nightly news, its filled with hate, terror, sadness, and destruction. There is war and famine. People are running for their lives. There are fires burning, volcanoes erupting. Earthquakes are occuring at an alarming rate. Murder is on the rise.

In a world filled with so much darkness, I want to be that cloud. That bright, white light against the backdrop of terror and destruction. I want to be happiness, and safety and a beacon of hope. I want my family and my husband to look to me for solidarity and safety and happiness when this world crushes their spirit or leaves them hoping for a better day.

I want to be that little white cloud. I want to stand up for myself and those I love. I want to fight back against everything that says I can’t, and show everyone that I can. I want to be brave and shine the light that lives within me, because I have so much light to give.

It’s funny how such a small, insignificant thing as a cloud could provide so much inspiration on a simple drive home from a store on a weekend afternoon. But it did. And I am so thankful I took the time to just look up. 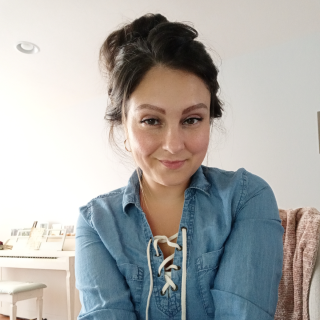